Sex Positive: Women Singers who own their Sexuality!

Women are making a powerful statement with their voices. They're not just singing love songs to men, but they own sexuality and sing about their pleasures and wants.

It is so important that we have female singers who show women everywhere what "sex positivity" sounds like. There has been such an imbalance for too long - even though women make up half the population!

Now more than ever before, ladies can be anything from strong-willed warriors to kind mothers while still embodying their sexuality. All this without having to sacrifice one identity for another.

The following are some of our most favorite sexual empowering women( this is a a growing list, stay tuned: Quote: "I think  being sexy is just all in your attitude" "I used to be scared of the dick
Now I throw lips to the shit
Handle it like a real bitch
Heather Hunter, Janet Jack-me
Take it in the butt, yah, yazz" 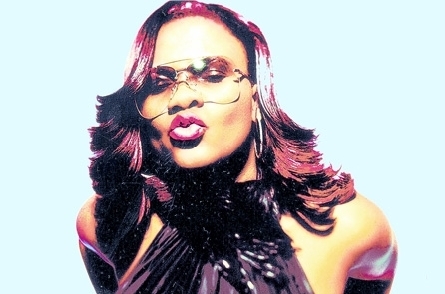 Quote: (Interviewer with BLVR)  I did it to get attention! [Laughs] The guys were doing it, why couldn’t a woman do it? But I stand behind every song I did. People questioned me, but that slackness—it made me famous. A lot of high-society people—we call them “uppity uppitys”—were saying I was too rude. I was inappropriate. But when a lot of those people would meet me, and they’d say, “She’s such a nice person!” They’d see that I wasn’t a rude person at all, and some of them would take it all back. And some of them, the high-society men, they’d come over the room and say, “My wife loves you.” [Laughs] But they couldn’t let the people know that they approved of my kind of music. Best Sex Toys for Dicks—Whether You're With a P...

Celebrate With Me Sale!

This is a cookie agreement request — you can customize it or disable on the backoffice. Cookies help us to provide you the best experience using our website.

Free delivery all orders of $89 or more to the USA